skip to main | skip to sidebar


The Internet Pavilion initiated by Miltos Manetas presents:
- The Island of Internet
- BYOB: Bring Your Own Beamer, an exhibition series created by Rafael Rozendaal

Two years ago, we introduced PADIGLIONE INTERNET, the Internet Pavilion for the Venice Biennale. On its first edition, the Pavilion was presented as a collateral event of the Biennale. For that first edition, we invited the crowd of ThePirateBay.org to come in Venice and inaugurate their first Embassy of Piracy at the S.A.L.E Headquarters at the Magazzini del Sale, next to the Punta della Dogana
During the passing two years, things have changed. A part of the Net, has now moved from the Network to the independent devices of iPod/iPads and the other Internet tablets. If networks are "clouds", these devices are "islands". Our phycological connection to these, differs significantly from the relationship we have with computers. We believe that these "soft islands"- because of their design- are a first step towards a neo-analogue turn in technology. At the same time, they can potentially host the "SlowNet", an Internet that does not depend on servers, remaining in that way, a free land. In the occasion of the Second Internet Pavilion at the Venice Biennial, we are now inviting the concept of "SlowNet" at the Island of San Servolo.

We also have in mind the concept of Metascreen.
Mr. Leonard Kleinrock, the father of the Internet, complains that we aren't serious yet with Internet, that our information bodies are still trapped in devices such as monitors/projectors/computers and the such. Mr. Kleinrock wants us able to connect from any place and by any device- even with a fork or an old shoe.
He also wants the device to be invisible. What Mr. Kleinrock ultimately wants, is that Internet, becomes nothing but another layer of Nature.
He wants us start having a natural relationship with the database, to start relating with internet objects, in the same way that we relate with clouds, sheep and ocean waves.

We can't satisfy Mr. Kleinrock's requests, not yet at least. Still, we can talk about it and we can start dreaming of the day that we will quit serving these new Pyramids of Tech we are now building everywhere.

In such context, BringYourOwnBeamer, is a perfect portrait of the actual situation: people bringing their own machines and projecting on any space that they can grab. In a desperate attempt to open a window of fantasy and creativity over a heavily nested "real space, BYOB is one of the few original expressions-even if its somewhat of a grimace- that are still possible to be achieved with visual arts.
It is the scream of our extended bodies, while trapped between computer keyboards and the unnatural light of the computer projectors.

Margherita Balzerani is a curator based in France, heavily involved with digital.
Gloria Maria is a gallerist in Milan working closely with internet artists.
Valentina is a journalist and curator from Rome who knows the difference btw "Flash Art" and "Flash animation".
Elena Giulia curates for Rome's MAXXI and she is deeply involved with new Digital as well as with Digital Historical.
Caroline from Milan, is an art critic and curator with a taste for fashion and style.
Silvia is the founder and director of Fondazione March, Padova.
Mara S. lives in Venice and is an important player of the cultural scene of the city. Together with her husband, she is the founder of the shortcut film festival.
Marina is the initiator of the Athens Kunsthalle.
Yvonne and Doreen from NYC, are the two production angels of ArtProductionFund which is the organization that produced Neen as well as the First Internet Pavilion.
David is from Spain and he is the soul of Nova Rojo.
Domenico is a curator/writer who understands that videogames are no joke but also art.
Angelo from Athens, started as a Neenster and he is now an artist with an international career.
Rafael from Amsterdam and Rio de Janeiro, also started as a Neenster. He is the one who invented the Bring Your Own Beamer exhibitions.
Jan used to direct the Fargfabrinken in Stockholm. Together with Miltos, he is the initiator of the Internet Pavilion for the Venice Biennale.
Manuel is an artist and a professor of the Accademia di Belle Arti di Venezia (the host of the 2nd Internet Pavilion at the Island of San Servolo)
Miltos is a painter in love with digital. He is the initiator of the concepts of Neen and Telic. Together with Jan, he started the Internet Pavilion for the Venice Biennale in 2009.
Francesco and Francesco are curators and founders of Associazione E: http://eventualmente.wordpress.com


The 2nd Internet Pavilion and BYOB Venezia
In Collaboration with: 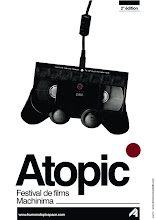 Welcome on my Blog!

adopt your own virtual pet! 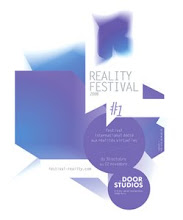 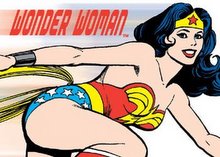 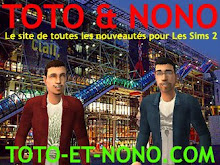 The GUEST of the month "Décembre 2007": Karen Guillorel The GUEST of the month "Janvier 2008": Thierry Falcoz. 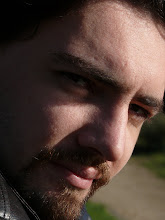 The GUEST of the month "Mars 2008": Donna Haraway, Cyberfeministe.

The GUEST of the month "Avril 2008": Michael Stora, Psychanalyste Reel/Virtuel; 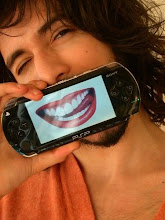 The GUEST of the month "Juillet 2008": Julien Tellouck, Animateur Game One 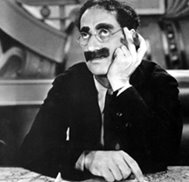 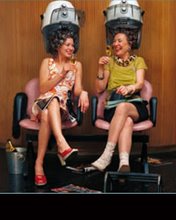